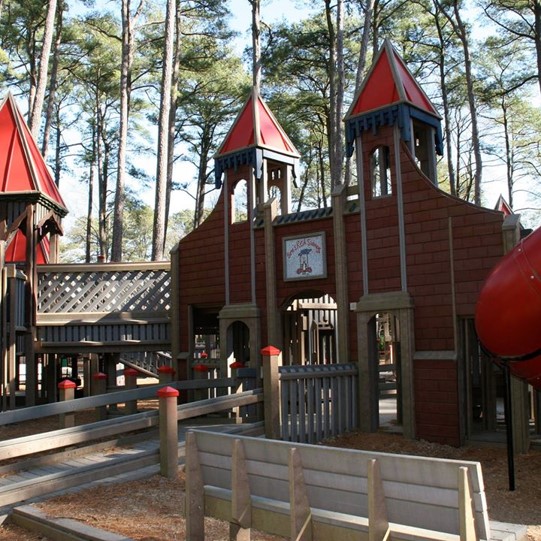 Located in Salisbury’s City Park adjacent to the Salisbury Zoo is an amazing playground built and dedicated in honor of Ben Layton who was baptized at St. Alban's in 1998. Ben died of leukemia in 2002, and in 2004 his parents, Chris and Hendrika, envisioned a playground as a living memorial to their son.

Fifteen years later, Ben’s Red Swings remains a much-loved destination for school groups and families. It is a magnet for all ages who want to celebrate time together. Funded entirely by donations, in planning stages for 9 months, and built in one week by 4,000 volunteers, Ben’s Red Swings is testament to the power of community engagement.

The red swings are symbolic of the red angel wings Ben dreamed he would have in his new life after death. On a designated day every year, volunteers from St. Alban’s (including Ben's grandparents) and the entire community join together once again for work to maintain and update Ben’s Red Swings: a gift to the community and memorial to Ben Layton, one of St. Alban’s own.